Following my intuition; no to Melatonin 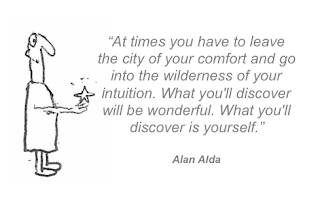 A message that has come loud and clear from complimentary therapists and many cancer thrivers is to trust my intuition. Time and time again in blogs, I also read how that has been key to many folks way of thriving. In the last blog I mentioned Fi Munro, she writes on her website; "Guided by my instinct, I began to make changes" (i). Sophie Sabbage devotes several pages in ’The Cancer Whisperer’ to ‘Using Your Intuitive Compass’. While Kelly Turner in her book ‘Radical Remission’ identifies ‘Following Your Intuition’ as one of nine key factors that can unlock a pathway to dramatic healing and has a whole chapter exploring it.
In this blog I look at intuition and how despite melatonin looking like a great option for me, it does not appear to be the right time.

Intuition is all about knowing something instinctively without the need for conscious reasoning; about feeling it in our bones or gut. Interestingly scientists have found that a type of cell found in our brains also exists in our digestive tract; no wonder we have ‘gut feelings’. There is also science to show that intuitive decisions are made in the right side of the brain and in those reptilian parts that have been around since prehistoric times. It is the left hand side that is slower and more analytical. Both have their parts to play.

We’re not taught intuition at school, indeed we seem to rely less and less on our intuition. Unlike our ancestors, we don't follow intuitive guidance from our dreams and we rely all too readily on what doctors tell us to take or we trust the processed foods in our supermarkets. Yet there are studies that show that when we make big life decisions like buying a house, trusting our intuition leads to better outcomes than our logical, thinking brain.

Fear can block our intuition. In a talk at Penny Brohn’s AGM last November Sophie Sabbage spoke about the difference between surviving and thriving. She says cancer thrivers may be riddled with disease and wellness but still find peace. Whereas survivors may be living free of cancer but are not ‘free’ as they are relentlessly victimised by what happened. The difference is the state of mind. Survivors, for example,  often live with fear. It is fear that can block us - and our intuition.

It is our 'gut brain’ that reacts when our fear is triggered, whether the threat is real or that we are just afraid of letting go of what you now have. This is also where we will feel the courage to act in spite of our fears. It is a powerful reminder of how fear can impact so much on our health and how important it is to work with it - I’ve looked a little at fear in previous blogs (ii) - and it is an ongoing process! Assuming we can unblock some of that fear where do we begin in terms of supporting and strengthening our intuition?

Intuition is not about ignoring knowledge and wisdom around us.  Sophie Sabbage suggests we start by listening to the experts as that will help guide us. Then intuition can come in. Sophie calls it perhaps our ‘most important navigation tool’ but says it is a muscle that needs exercise. Both Sophie and Kelly list a number of ways that can help (both books are more than worth a read) including:

- keeping a journal to help the unconscious mind open,
- talking it through with a friend or therapist to empty our cluttered heads,
- meditation,
- guided imagery,
- and dreams. 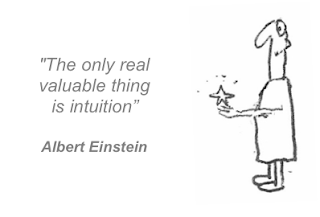 Well sometimes it feels a bit rusty but I am getting better at this. When first diagnosed I did as Sophie suggested (and my naturopath), I took time to read and consider options. My initial reaction of wanting surgery changed when I listened in to what I really felt - of course that is not to say someone else might find surgery the absolutely right path for them (iii). There are many other examples along this journey and in other parts of my life. It seems when you become more aware of your self and give space then intuition bubbles forth. In this next bit I share another example...

The wonders of melatonin

I have, for a while, been gathering data around the effectiveness of melatonin(iv). I have been excited to learn about this natural hormone, melatonin. It is produced mainly by the pineal gland and is thought to have key benefits like being an antioxidant that boosts the immune system, and also an anti-inflammatory compound. Melatonin also regulates levels of human oestrogen and growth hormone in the body; these are key in cancer process. ​​It​ ​has​ ​been​ ​shown​ ​to​ ​inhibit​ ​angiogenesis​ ​(v) and ​may​ ​have​ ​direct​ ​cytotoxic​ ​effects​ ​on some​ ​types​ ​of​ ​cancer​ ​cells,​ ​notably​ ​melanoma​ ​cells.​ ​It​ ​is​ ​also commonly​ ​used​ ​for​ ​the​ ​treatment​ ​of​ ​jet​ ​lag​ ​and​ ​for​ ​insomnia - and has no known toxic side-effects. 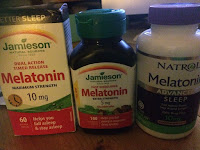 In my earlier blog (iv) I quoted research and Chris Woollams at Canceractive, saying that it was good for hormonally driven cancers - and likely to be good to take while having radiotherapy. Indeed survival​ ​rates in a small study were ​significantly​ ​greater​ ​for​ ​subjects​ ​receiving the​ ​melatonin with their radiotherapy than those who didn’t (vi).​ However, another randomised trial I came across when recently looking at melatonin again, compared radiation​ ​treatment​ ​for​ ​metastatic​ ​brain​ ​cancer​ ​with​ ​and​ ​without​ ​melatonin​ ​and​ ​found​ ​no benefit​ ​of​ ​the​ ​melatonin​ ​(vii).​ ​

In summary there are at least a​ ​dozen​ ​phase-2​ ​clinical​ ​trials​ ​using​ ​melatonin​ ​either alone​ ​or​ ​in​ ​combination​ ​with​ ​other​ ​agents​ ​and​ ​five​ ​phase-3​ ​trials​ ​involving​ ​random assignment​ ​of​ ​subjects​ ​to​ ​melatonin​ ​versus​ ​some​ ​type​ ​of​ ​control​ ​group.​ ​Nearly all ​supporting​ ​evidence​ ​for​ ​the use​ ​of​ ​melatonin​ ​has​ ​come​ ​from​ ​its​ ​addition​ ​to​ ​chemotherapy,​ so it seems more work is needed regarding radiotherapy. Nevertheless there was more than enough info about the wonders of this hormone to give very serious consideration to it. To be frank I was excited by the possibilities not just for radiotherapy but for the cancer itself.

You can’t buy melatonin in this country although it is not illegal to use here. I was therefore delighted that a friend who was travelling to the States, was able to get me a couple of bottles of melatonin. They arrived in time to try before my radiotherapy started. I planned to start with 5mg and work up to 20mg a couple of weeks before radiotherapy. In short I tried it for three nights and I didn’t sleep well; not the dreams but discomfort and restlessness. It felt very strange as I normally sleep very well and surely this hormone was about even deeper sleep? I intuitively felt melatonin wasn't right for me at this time.

On the fourth day I was seeing a naturopath who dowsed for some of the supplements I was taking. I hadn’t mentioned the discomfort around melatonin, but she picked it out as one of those supplements  that may not be right for me now. I liked this confirmation of my earlier intuition.

Dowsing is of course not recognised by most of the medical establishment. The practitioner will often use a pendulum and tap into intuition and a 'sixth sense'. Some might also say that the pendulum acts as a form of receiver and transmitter, from your higher guidance, guardian angels and spiritual teachers. As the pendulum moves, you can get answers to questions. It clearly requires faith in us having intuitive senses - something that is recognized by many other cultures worldwide. For me, I have been surprised on a number of occasions how dowsing seems to match my intuition. Indeed I saw it described by one practitioner as ‘on-demand intuition’, so perhaps I should not be so surprised.

Anyway I’ve read lots about others tolerating melatonin really well, but some don't - two friends (one with prostate cancer) also found melatonin not suitable for them. Sophie Sabbage’s advice earlier seems good, listen to experts then your intuition.

So melatonin is off the menu for me for now - and I will continue to work on my intuition!