How to do a Rectal insufflation 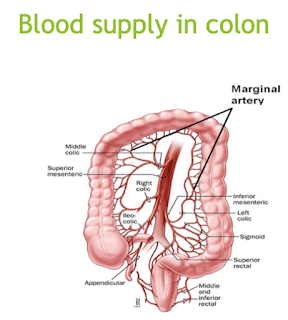 Well a couple of weeks ago I was fortunate to attend a workshop organised  by Fiona Shakeela Burns of Back2Health Events and NatureWorx looking at ozone and rectal insufflation. Over 30 of us had the opportunity to hear about the benefits of ozone, some of the history and have a ‘demonstration' on how you could do a rectal insufflation. My blog looks more at ozone and my film below has some of the highlights from Fiona regarding the use of the equipment and includes tips from James Page of Pharmi-tech who sells the ozone machines.


Fiona is an Integrative natural health consultant practicing in Bristol but also has had cancer twice, leukemia and sarcoma at 11 years old and then 31 years later, in 2007, she was diagnosed with stage 4 cervical cancer that had metastasized to her ovaries and brain. You can see her interview with Chris Wark here (i). Fiona has been on an amazing journey and is so passionate about bringing healing to more people - ozone is one of her passions and the workshop was a way to bring greater understanding to more people.


Ozone (03) is like a close cousin to Oxygen (02); the extra molecule makes 03 highly reactive and considered by many to be a powerful healing substance. It is also a pollutant! It was some years ago that I heard that Native Americans preferred fishing after storms as the fish they caught would have an unusual but quite nice odour. I’m not sure how true that is, but before I get into the benefits of ozone here’s some background history, some of which Fiona shared at the workshop. Marcus Freudenmann gives a great summary on how ozone works here (ii). 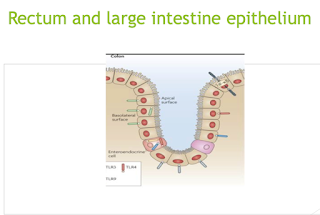 Background history
Born in 1871, the Austrian surgeon, Edwin Payr, became acquainted with ozone when it was used on him by his dentist, E.A. Fisch. Dr Fisch then applied for a patent on an ozone generator called “Cytozon,” now used in medical ozone generators today. Dr Payr became so enthusiastic about medical ozone that he ultimately published a 290 page book entitled, “On Treatment with Ozone in Surgery,” which he presented to the German Surgical Society in Berlin. There is also evidence of the use of ozone as a disinfectant from 1881, mentioned by Dr. Kellogg in his book on diphtheria. Indeed in 1893, the world's first water treatment plant using ozone was installed in Ousbaden, Holland, and today there are now many municipalities around the world that use ozone to clean their water and sewage.

In 1896, electrical genius Nikola Tesla patented the first ozone generator in the United States later forming the “Tesla Ozone Company.” His machines were sold to doctors for medical use. During the First World War ozone was used to treat gangrenous wounds of German soldiers. Dr P. Aubourg, a French physician was the first to publish a paper in 1936 on infusion of ozone rectally in the treatment of chronic colitis and fistulae. In the 1940’s autohemotherapy, the administration of a small quantity of the patient’s ozonated blood began. In the late 1980s, German doctors successfully treated HIV patients with ozone.

Medical ozone is still a well-respected therapy accepted in Germany by most physicians. Indeed there are over 3,000 references in the German medical literature referring to the use of medical ozone therapy and some have said that it is considered medical malpractice to not use ozone pre and post-surgery instead of antibiotics! Ozone is also mainstream medicine in Cuba and Russia. Ozone is tolerated in other countries like France, England, Italy, and Canada, and 14 states in the United States.


Benefits of ozone discussed by Fiona include oxygenating the body, anti-fungal, anti-bacteria, virostatic, immune cell up-regulation and upgrading of red blood cell capacity to carry oxygen. But can it help with cancer? Well there are lots on the internet making incredible claims for ozone. I am more than wary of those, but I do like Marcus Freudenmann’s work on his website (iii) where he has a whole series of videos about ozone. He also summarises the benefits of ozone for people with cancer:

Many others also talk about the benefits of ozone. For example Dr. Frank Shallenberger, who has been offering Ozone Therapy to his patients in clinical practice for over 30 years, has been nicknamed the “Godfather of Ozone” in North America. He sees a clear difference between ozone and oxygen therapies - like for example hyperbaric oxygen chambers like the one I attend in Gloucester (blog soon on that) - and argues ozone is preferable as a treatment for cancer. His view is that rather than simply sending more oxygen to cells, ozone works deep within the cells, stimulating mitochondria to use the oxygen that's already available. In other words, he sees ozone as 'a strong metabolic stimulant’ that can tackle some of the causes of cancer, maximise immunity and play a role in controlling cancer cell growth. Ozone therapy is toxic to unhealthy cells but non-toxic to healthy cells so that it selectively kill cancer cells.

So while many doctors use ozone and it is a widely established therapy, it is still challenged by some. Shallenberger himself has continued to face some controversy (iv), but I am persuaded by the benefits!

Ozone great for radiotherapy and chemotherapy

Ozone is used in almost all German holistic clinics as a key treatment; these doctors prepare their patients with Ozone long before chemo and radiation to prevent tumour lysis syndrome and keep using Ozone to reduce the side effects of conventional therapies. See more here from Marcus Freudenmann on how ozone reduces the side effects of such treatments (ii).


Side effects of ozone?

As always this blog is about my views and folks reading need to decide for themselves. My understanding is that the only known side effect of ozone is what has been called 'a healing crisis’ or the 'Herxheimer effect.’ This is when there is a detoxification reaction in the body, sometimes with symptoms like flu. This response is often a sign that pathogenic entities are being killed.

Research quoted in many articles say that the German Medical Society in 1980 examined results from over five million ozone therapy treatments spanning 644 therapists and 384,775 patients. Of these, there were only 0.000007%, (40 cases) of side effects noted. The report also stated "The majority of adverse effects were caused by ignorance about ozone therapy (operator error).” Most of the reports suggest that ozone is one of 'the safest medical therapy ever devised'.

Rectal Insufflation - how to do it!

I have given myself a couple of treatments at home, following the instructions in my video from the workshop above. It gives some useful tips and along with a video made by Pharmi-Tech it helped me sort out the various bits of tubing, when to open valves and how to sort the dials. It all looks rather complicated but is much easier once you get going; next time will be a breeze! The Pharmi-tech video is here (vi). There is also a Facebook group run by Fiona that shares more tips about using ozone.

Update 5/11/19: In terms of dosage Fiona covers some of that in the video but I also recommend Truly Heal's page with dosage suggestions for cancer and radiation: https://o3academy.com/rectal-ozone-insufflation/ Interestingly he writes: "Only for the treatment of ulcerative colitis, haemorrhages, haemorrhoids, proctitis stage 1 and 2,  anal fistulae, rectal, prostrate and colon cancer concentrations of 70 – 90 mg/l  are recommended with small volumes of 50ml 3 – 5 times on a daily basis. This is reduced to 27mg/l with 100 – 300 ml volumes for maintenance 2 – 3 times per week....As per Dr. Rau from the Paracelsus clinic in Swiss, Prostate cancer is always connected with long term bacteria infections  which are directly treated with ozone. Rectal ozone stimulates the immune system, provides plentiful oxygen to the immune cells for the respiratory burst and therefore increases chances of a recovery."

https://www.michiganozonecenter.com/ozone.html
(v) Some quote the side effect rate observed was only .000005 per application. I have been unable to find the original study, but there are many reports like this: http://www.oxygenhealingtherapies.com/Medical_Ozone_Cancer.html
(vi) https://youtu.be/2LThe0VV_ws