Cause of my cancer? 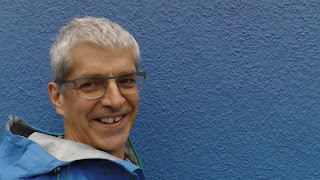 This was a surprise…more in a moment but I do want to say up front that I see this as only a part of the picture regarding a cause or causes of my cancer….so what was found...
A disinfectant, pesticide, and deodorant on my DNA

I mentioned I had previously had a Nagalase test (see blog here), well my independent doctor was intrigued by part of the result that came back from the Nagalase test. One of the levels was low (Dipeptidyl-peptidase 4) so he wanted to investigate further. In particular it looked like heavy metals could be the cause of that low reading, so a test on 19/02/19 was commissioned from Acumen Medical ltd. They looked at my DNA adducts (genomic DNA from leucocytes). They didn’t find heavy metals, but rather found p-dicholorobenzene on my DNA. This is a chemical used for moth-proofing carpets, air-fresheners and toilet bowl blocks (i). Acumen noted that in their report that this is “reasonable anticipated to be a human carcinogen” and that it is “strongly associated” with prostate cancer (ii).So this is tricky to get my head around - my understanding is that the p53 Gene plays a key role in tackling cancer. Under normal circumstances P53 binds to specific DNA sequences where it controls the expression of a number of genes that regulate growth. It also works with other proteins in response to DNA damage and promotes cell death when the DNA is damaged beyond repair. However without p53 in charge, the cells go out of control, growing rapidly - this is cancer.A mutation in the p53 gene, like the one found in my blood test, is the most common mutation found in cancer cells and is present in over 50 percent of cancers. See this website explaining further “The p53 Gene and Its Role in Cancer” (iii). In my blood test this chemical was also sitting on another key gene.

Role of GST?A further blood test showed that I have low Glutathione S-transferases (GSTs). This is also not good; GST is over expressed in a wide variety of solid tumors, but prostate cancer is the only example in which the absence or reduced expression of GST is associated with tumor incidence (iv). GST is widely expressed in normal prostate tissue, but its presence is undetectable in malignant cells. It appears that GST is key in detoxification such as getting rid of organic solvents like p-dicholorobenzene. So increasing GST is important but not the glutathione (GSH) as elevated levels are associated with various other tumours and metastatic growth (v). However there are also thoughts that there maybe two types of glutathione.Chris Woollams from CancerActive writes (vi): “Here’s the rub: There is evidence that cancer cells defend themselves from chemotherapy attack by hiking up their glutathione levels to detoxify it! Cancer cells may be more resistant to death because of high glutathione levels; this being a different type of glutathione and this type may even be controlled by heredity. German and Spanish researchers both noted this phenomenon and a high presence of an enzyme, glutathione-S-transferase in cancer cells.”

Chris' message is: “just eat lots of fresh fruit and vegetables, especially greens, and take probiotics to help their detoxification action, and release their crucial vitamins and cancer-fighting natural compounds like vitamin K. Also you might look into boosting your ’greens’ with chlorella, wheatgrass and other ’supergreens’ too.”

Diet clearly plays a part and the evidence regarding benefits of compounds like Sulforaphanes in broccoli, broccoli sprouts and cabbage are overwhelming (vii). In addition to the diet it has been suggested that some supplementation may help:


- Amino acid supplement N-Acetyl Cysteine; this contains glutamine (which stimulates the liver to produce glutathione), and L-Cysteine, which is particularly important in DNA repair. N-acetyl cysteine is a free radical scavenger on its own, effective at reducing oxidative stress, particularly due to heavy metal toxicity as it can directly replenish glutathione stores (viii). Update July 2019: I meant to add a warning that there is also some research with mice showing that antioxidants can change cells in ways that fuel the spread of some cancers.

- Tumeric; I’ve been having turmeric in food but also added turmeric supplements when not in food (see previous blog here). Recently I was able to get a tincture from Urban Fringe in Bristol. I’ve loved their Orange Bitters (a blend of six herbs that tastes great and I use as a warming digestive bitter to improve digestion and absorption) (ix). Anyhow the new tincture included turmeric, black pepper and Saw Palmetto which can be taken twice a day. I like tinctures as they are one of the most effective means of taking herbal medicines; they are easy to store, use and digest - the alcoholic solution of the tincture means herbs are absorbed much more quickly into circulation, and therefore begin to take effect faster than other methods, especially capsules.


What else can help detox?

In order to detox I need to make the p-dicholorobenzene water soluble so that it can be excreted but the worry is that it can also be dumped into fat cells. There are numerous protocols for detoxing which I have not got my head fully around - but certainly diet plays a key role. I was also interested in some research comparing intermittent whole-body hyperthermia; detoxification; and cell repair in removing DNA adducts (x). The hyperthermia was best. I have been doing a version of whole body hyperthermia at home but only taking my body up to 39 degrees (again another blog post soon).

I’ve not had further tests yet so don’t know how much of what I am doing is helping. I’m told the pesticide can be very persistent so we’ll have to see. One doctor is very much of the view that this is the key if not sole reason for my cancer. Clearly it must play a part, but I am also wondering what conditions it needed to land on my DNA? There seem to be more factors at play. As noted earlier I hope to explore the cause of my cancer in a future blog.

(ii) The United States Department of Health and Human Services (DHHS) and the International Agency for Research on Cancer (IARC) have determined that p-DCB may reasonably be anticipated to be a carcinogen. See Preamble to the IARC Monographs definition of "Group 2B: Possibly carcinogenic to humans", the International Agency for Research on Cancer classification of this chemical.
Plus under California's Proposition 65 (Office of Environmental Health Hazard Assessment) p-DCB is listed as "known to the State to cause cancer".

There is also this interesting discussion about p53:
https://www.sciencemag.org/news/2016/10/protein-mutated-half-all-cancers-new-drugs-aim-fix-it-it-s-too-late?fbclid=IwAR1Ca37cCe13yci6Ki74TMRSVlCgYzWzzG8NY8tGTsMgrw6hfn7wIicXvhM

(vii) https://www.canceractive.com/article/sulphoraphanes-or-sulforaphanes-in-research
And great paper here with foods that can help:
https://elynjacobs.com/tag/foods-that-activate-p53/?fbclid=IwAR3NzxgpVNJuAN0fW8qYqf4LunzpNujFVurYYmf2dHhXX3e5C7rMJShnxeE

Email ThisBlogThis!Share to TwitterShare to FacebookShare to Pinterest
Labels: Causes, My treatment, Supplements