A quick look at radiotherapy

How does it work?

The treatment itself is painless but it can cause side effects that may cause problems which I cover below. If there is a risk that the cancer has spread to the pelvic lymph nodes - a common place for prostate cancer to go - then the radiotherapy will be given to a wider area and the side effects will be more likely and be stronger. Radiotherapy has improved in recent years, and doctors are often able to shape the beam to the exact treatment area so it is suggested that outcomes are better now than a few years ago.

If the cancer spreads (advanced or metastatsis), external beam radiotherapy won’t cure the cancer. However it can be great in helping with symptoms such as bone pain. And new research has found that giving radiotherapy to the prostate itself can help some men who’ve just been diagnosed with advanced prostate cancer to live longer.

The treatment is usually only 10 minutes long but often you will need to be in the hospital for a couple of hours or more. You go five days a week for some weeks. You have to empty your bowels before each session (enema or suppository can be used) and often have to have a full bladder. I understand from talking to the team at Cheltenham that the machines break down often so you can expect to wait on a number of occasions. Again you can read more on the Prostate Cancer UK website about what to expect before the treatment including getting three small tattoos to help position the treatment and several rice grain-sized ‘gold seeds’ inserted via a needle into the prostate to also help with positioning the radiotherapy. I have had folk recommend a rectal spacer to help protect the bowel; I don’t know if Gloucestershire use these but private clinics can help.

As noted previously and in the last blog, hormones are part of the treatment and there is evidence to show that hormone treatment prior to radiotherapy has better outcomes (i). Indeed Prostate Cancer UK's Winter/Spring 2019 Insight magazine highlights new evidence from the STAMPEDE trial shows that upfront radiotherapy could extend the lives of 3,000 men in England. Treating prostate straightaway with radiotherapy and hormones increased survival rates for men whose cancer had only spread to hnearby nodes and bones to 83%. This compared to 73% of men who did not get radiotherapy. This is somewhat of a game changer in that it was thought that there was no point in treating the prostate itself if the cancer had spread, but this shows there is benefit.


In my specific case it has been suggested that such treatment will have a 70% survival rate at 5 years. However it is almost impossible to look at the stats and unpick them - and at the end of the day that seems pretty pointless as we are all so very different.
Sophie Sabbage has some wise words in her book, “The Cancer Whisperer”, where one of her recommendations is : “Avoiding Statistics: staying away from soul-sapping, fear-inducing information that discusses indicators, but not inevitabilities.” That doesn’t mean we should settle for half-truths she says “Don’t let your oncologist or doctor protect you from the full facts. Push them for answers until you are satisfied you know it all."

Now there are loads of these both short and long term so again suggest checking out Prostate Cancer UK. The short term include urinary problems, bowel problems, ejaculation problems, skin irritation, hair loss plus tiredness and fatigue which usually improves several weeks after treatment (depending on whether you also have hormone treatments).

Long-term or late side effects of radiotherapy can occur several months, or even years, after finishing treatment and can last a long time or are ‘permanent’. These include urinary problems (in some cases this needs surgery), bowel problems can particularly develop months or years later, erection problems, it can also affect any children you might conceive, lymphoedema, hip and bone problems plus other cancers (iii).

Radiotherapy can cause cancer

Prostate Cancer UK write about radiotherapy saying that ‘there is a very small chance that this could increase your risk of bladder or bowel cancer. It would take at least 5 to 10 years after having radiotherapy treatment for a second cancer to appear.’ At the moment I haven’t been able to establish the level of risk; how small? 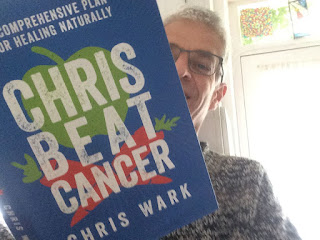 Chris Wark in his excellent book, “Chris Beat Cancer, A Comprehensive Plan for Healing Naturally” (2018), notes that when radiotherapy shrinks a breast cancer tumour by 50% we all think that is a good thing. However he goes onto say that researchers at UCLA have found that the radiation often kills benign cells and makes the surviving breast cancer stem cells resistant to further treatment. Indeed they found that they were up to 30 times more likely to form new tumours than the non-irradiated breast cancer cells (iv).


Other research found that radiotherapy wasn’t just creating more aggressive, stronger cancer cells, but also created new breast cancer cells (v). Indeed radiotherapy has also been found to increase cancer stem cells in the prostate, resulting in cancer reoccurrence and worsening prognosis. There are clearly other risks to radiotherapy, for example breast cancer treatment has been found to lead to significant damage to the heart and arteries, causing heart disease.

Would ignorance have been bliss? No I still believe knowledge is power….but I do love the quote by Robert Staughton Lynd who warns: "Knowledge is power only if man knows what facts not to bother with.” So very true and dangerous to pick and mix some facts to tell a story….

Basically for prostate cancer you will get one treatment (known as a fraction) at the hospital five days a week, with a rest over the weekend. You go home after each treatment. If you have localised prostate cancer, the course of radiotherapy usually now involves 20 treatment sessions over four weeks (hypo-fractionated radiotherapy). At some hospitals, you’ll have 37 sessions over seven or eight weeks instead.

I am not entirely clear about Gloucestershire radiation treatments yet. Studies have recently show that having fewer treatment sessions over four weeks works just as well for men with localised prostate cancer as having more sessions over a longer time. Although the dose per fraction is higher than standard radiotherapy, the total dose is lower. The risk of side effects is also similar(vii). I am being offered 4 weeks whereas 18 months ago the offer had been 7/8 weeks.

Radiation dosage is measured in Grays (Gy). Tackle Prostate Cancer group (viii) write: "Depending on clinical indications, for conformal radiotherapy 74 Gy in daily 2 Gy doses or ‘fractions’ is used to the prostate. Increased dosage over a shorter period in conformal radiotherapy has been shown to have detrimental results. However, increased dosage can be given with the latest IMRT machines, where damage to surrounding tissues (e.g. bladder and rectum) is considerably reduced."

What can be done to help radiotherapy?

There is lots of great advice (and some less great advice) in discussion sites on the web like Health Unlocked (ix). In one thread there are many comments with comments like "Exercise a LOT!”, “towards the end, if you have a long drive, bring something in the car to pee into” and “don't strain on the toilet”.

Chris Woollams on the Canceractive site (x) has lots of great advice about supplements, hyperbaric oxygen and more. Michael Gregor of NutritionFacts.org also has advice like reducing radiation damage with ginger and lemon balm (xi). There is also research to suggest that antioxidant supplementation impacts negatively on some cancers, but it is hard to unpick the truth (xii). In an article by Dr Geo he gives a great overview of the research and prostate cancer and makes some useful recommendations (xiii).

It has been interesting to talk to several local folk about their radiation experiences. It seems beyond doubt that exercise and diet is key to reducing the side effects. I have seen several people sail through their radiotherapy with a careful programme to maintain health. This is in sharp contrast to others who have had a very rough ride - of course we should not forget that we all react differently, but exercise and diet clearly give folk a better chance.

Update 1/05/09: Just read that the time of radiation is given can also impact on the treatment - see here.

As we’ve noted before there are those who think that instead of trying to kill all the cells in a tumour with chemotherapy or radiation, it would be better to use treatments targeted directly at the cancer stem cells. If the stem cells were eliminated, the cancer would be unable to grow and spread to other locations in the body. Radiotherapy doesn’t get at what caused our cancers but it does remove a chunk of it with what seems like a real chance to eliminate most of it. However as we’ve seen above there are risks and some will see secondary cancers. As noted in previous blogs at present I am postponing treatment while I actively working on my current protocol - an overview of that will be in the next blog.

Email ThisBlogThis!Share to TwitterShare to FacebookShare to Pinterest
Labels: My treatment, Radiotherapy